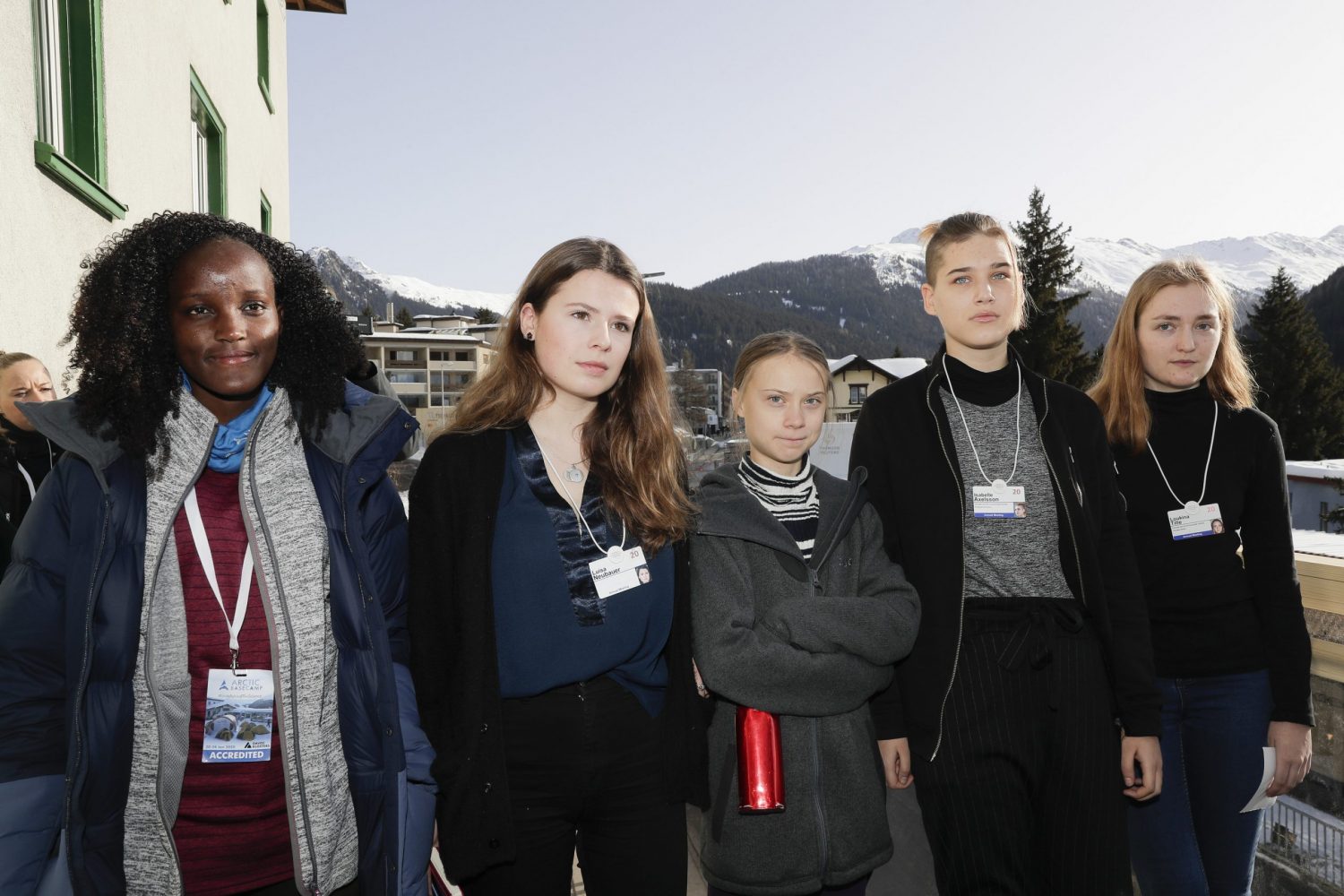 A Picture That Tells a Story of a Thousand Wrongs

A few weeks ago, the Associated Press posted an article about young climate activists attending Davos. A group photo of four young people was featured at the top of the article. The four young activists – Greta Thunberg, Isabelle Axellson, Luisa Neubauer and Loukina Tille have been at the forefront of a global movement of millions of young people demanding action.

But there were actually five young activists in the group photo – Vanessa Nakate, a 23 year old Ugandan climate activist was also at Davos this last week, and she too has been at the forefront of this movement. If you look carefully at the picture in the AP article, you can see her left arm which is still in the picture.

In response to the article, Vanessa recorded an impassioned video which has since gone viral, in which she says: “I cried because it was so sad not just that it was racist, I was sad because of the people from Africa. You didn’t just erase a photo. You erased a continent”.

Injustice anywhere is a threat to justice everywhere

To quote Dr. Martin Luther King, “Injustice anywhere is a threat to justice everywhere”, and today this is no more apparent than in the context of the climate crisis. A recent report from Oxfam which was publicised in the Guardian highlighted the fact that a mere two weeks into 2020, the average UK citizen had already emitted more CO2 than that of the average citizen of seven African nations would emit in a year. Perhaps one of the greatest injustices in the world right now is the fact that Africa has contributed the least to global emissions and thus to the climate crisis, but is suffering the most from it. It would take someone in Malawi 113 years to emit the same amount of carbon that the average American citizen emits in a year.

The socio-economic problems facing Africa today stem directly from the legacy of European colonialism. Similarly, Europe and North America would not have anywhere near the degree of affluence that they do today had they not exploited the natural resources and people of Africa. I, as a cis straight white male living in a rich European nation, have directly benefited from this shameful legacy. We must acknowledge our privilege, amplify the voices of those from the global south and from indigenous communities and embody our values in our actions as well as in our words.

I had the honour of meeting Vanessa and other fellow youth climate activists from every continent late last year when I attended COP25 in Madrid. One of the most important things I learned there, was the importance of the voices of people of colour, and of indigenous people. At COP, I was moved tears more than once by what POC and indigenous activists had to say. The power, the emotion, and the lived experience which they brought to the table was incredible – and one of the high points of COP for me. And yet, if you were to read the news, you’d be forgiven for thinking that there were only a handful of European activists at COP.

Not only should the voices of people of colour be heard, they need to be heard. Just as Greta shifted the paradigm around climate action, so too are activists like Vanessa shifting it again. It may be a tautology, but to change everything, we need everyone – and that means everyone.

The argument which AP presented when challenged on the cropping of Vanessa from the cover image was that it was done on “purely compositional grounds”. While this is most certainly a sorry excuse, the worst part is that it is probably true. How many times must omissions like this have taken place because they were expedient on grounds of “composition” or “convenience” or any one of the other meaningless words we can use to obfuscate the fact that not only do we not care, but we don’t even think it’s important to care?

If you still don’t understand the racial bias that was behind the exclusion of Vanessa from the picture, and doubtlessly countless other similar incidents which we never hear about, consider this: if instead of Vanessa, it had been Greta who had been on the edge of the photo, would they have cropped it in such a fashion? If it had been Luisa, or Isabelle, or Loukina, or any other European activist, would the photo editor still have thought that it was okay to cut them out on grounds of “composition”?

When you’re cropping a photo for composition, you do not crop out the subject – and this tells us all we need to know about Vanessa’s exclusion. She was seen not as a subject of the photo, but rather a bit of the background, no more important than the building behind her. And this, is precisely the problem.

Share if you can
What it means to be removed from a photo! https://t.co/1dmcbyneYV

If you enjoy my writing, and are financially able to, please consider donating to me by clicking the button below